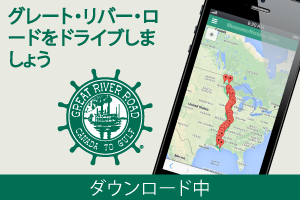 Located in an old building in downtown Osceola, Arkansas is the Mississippi County Museum of History and Pedigree Research. The area’s history museum is crammed with art, literature, furniture, articles and advertisements about the area and its inhabitants. There is a coffee shop, gift shop and research center.

Archaeological museum in the former village of Nodina on 15 acres perched on the bluffs of the Mississippi River. Learn about the people who lived here by farming around 1400-1650, and the history of farming techniques, hunting, religion, politics, and economics at that time. The vessel with the carved head is a must-see.

A state park that preserves the Native American villages that lived along the St. Francis River in the area between 1000 and 1600. The village is believed to have been visited by the Spanish explorer Hernando de Soto in 1541. Visitors will get a hands-on look at how Arkansas Archaeological Institute staff excavate and explore the site. There is also an exhibit corner and a gift shop.

A museum that showcases the culture of the Arkansas Delta. Through exhibitions and guided tours, you can learn about the history of the area and how people lived. Learn more about the Arkansas Delta, blues music, American culture, and more. You can also tour the visitor center and the studio where the blues music radio program “King Biscuit Time KFFA” was recorded.

Regional history museum. Exhibits include American Indian artefacts and clothing, antique furniture, military equipment, and photographs. Don’t miss the special exhibition on the Battle of Helena during the Civil War. There are also exhibitions of celebrities such as Thomas Edison and Mark Twain.

The Arkansas Post is a trading post built in a Native American village in 1686. It is an important area in the history of the state that marks the first permanent colony along the Mississippi River. Visit here to see the documentary film. Hike through towns and hardwood forests in the historic area. Check park hours, tour times, historical weapon demonstration times, and more.

It is a perfect reserve for birdwatching. The forests, lakes and marshes of the alluvial lowlands provide habitat for a wide variety of birds and provide excellent resting grounds for migratory birds. At 144 km long, the White River Wildlife Refuge is one of the largest alluvial wetland forests in the Mississippi River valley region. You can get more information on these at the visitor center.

Built in the 1859s, this plantation house is now a museum reminiscent of the cotton plantations of the 1830s. Exhibits highlight the history and culture of the Mississippi Delta, focusing on historical backgrounds such as Antibellum, the Civil War, and the Reconstruction era. It’s one of the best spots to learn about the life of the plantation people back then.

Lake Chico is the largest crescent lake in the United States and is approximately 20 miles long. Long ago cut off from the meandering swells of the Mississippi River, the lake is now a popular spot for fishing, boating and birdwatching. There are also tours for outdoor enthusiasts and birdwatchers. The visitor center has exhibits about the lake’s natural history.

The Mississippi River Visitor Center at the Rock Island Arsenal is known to bird lovers as a great place for birdwatching. The center at Rock & Dam 15 on Rock Island is a vantage point for bald eagles in the winter. From April to mid-December, you can watch the boats pass through the locks. 60,000 people visit each year.

The 208-acre park along the Rock River, a tributary of the Mississippi River, was pioneered as a settlement by Native Americans long ago, and then developed as a colony in the 19th century. The area is best known as a settlement for the Sauk tribe, named Blackhawk after the chief of that tribe. The park includes picnic areas, playgrounds, a Native American museum, a nature center and lodges.

Perched on a cliff overlooking the Mississippi River, this beautiful Mediterranean-style house was built in 1900 as the home of local Quincy native W. George Metz, a world traveler. It is now the Quincy Tourist Information Center. There are many things to see in the building, such as a living room called “Harem”, a courtyard with a pool covered with marble tiles, and a balcony overlooking it. The villa is a National Historic Landmark and is also listed as a Quincy Historic Landmark by the State of Illinois.

In 1673, French missionary Pair (Father) Jacks Marquette, who was aiming for the Pacific Ocean by ship, arrived at this place and heard from Native Americans living here that he was heading for the Gulf of Mexico, not the Pacific Ocean. There is an anecdote that Hundreds of years later, local civic groups started talking about preserving this beautiful piece of land along the river as a state park. The 8,000-acre expansive park offers recreation and scenic views of the Illinois River. The visitor center has a 3D map of the park, including wildlife and local history on the Illinois River.

A museum dedicated to the history of the Mississippi River is adjacent to the Melvin Price Lock & Dam. Learn about the history of the river, as well as cultural and ecological exhibits and its important role as a transportation corridor. A short film about the river is screened in the on-site theater. In addition to self-guided tours of the museum, museum staff also offer guided tours of Rock and Dam.

It is the largest and best Native American monument north of Mexico. Archaeological studies show that Native Americans lived here between 700 and 1400 AD. It is said that between 1050 and 1200, 10,000 to 20,000 people lived on a vast area of ​​6 square miles (about 3,840 acres). There are more than 120 burial mounds, and the houses that are regularly arranged around the square are surrounded by a vast field, and the detailed historical facts of these are displayed in an easy-to-understand manner at the museum.

The site of a fort built by French settlers about 300 years ago is now a state park that tells the history of the past. About 6 km west of the Prairie du Laucher, the fort was the last of the three “De Chartres” forts built by French settlers in what is now Illinois in the 18th century. . In addition to visiting historical sites while looking at information boards that describe the details, on weekends guides in period costumes will explain the history in more detail. The museum is open daily.

A historic fort built by the French in 1759 to protect the town of Kaskaskia. Kaskaskia flourished as a major commercial district and first capital of Illinois between 1818 and 1820. The historic site is divided into four areas: Fort Kaskaskia, Garrison Hill Cemetery, Mississippi River Lookout Picnic Area, and Campground. The house where fur trader Pierre Menard lived is a must-see. Menard served as the first Lieutenant Governor of Illinois from 1818 to 1822.

This historic building, now a museum, was once a customs facility for shipping freight on the Mississippi River. Today, it is open to the public, and exhibits include a desk used by General Grant, a fire engine built in 1865, and a replica of the USS Keiro gunboat. It is the original, Italian-style architecture of the rare customs house of the time in the United States.

Effigy Mounds National Historic Site has more than 200 mounds. The burial mounds are said to have been built for ceremonies over 750 to 1400 years ago, with various shapes such as birds, bears, deer, bison, lynx, turtles and leopards.

It is a vast site of 2,526 acres, but if you follow a trail of about 22 km and hike, you can see the mound along with the beautiful scenery. At the visitor center, you can watch an introduction video of the historic site.

Gutenberg is a pretty riverside town, and in its center is the Gutenberg Fish Hatchery, operated by the Iowa Department of Natural Resources. Here we raise juvenile brook trout caught in the Mississippi River. Take a tour of the hatchery and learn how the fish grow and are managed. Also, be sure to visit the aquarium, which showcases the fish of the region.

A museum and aquarium that showcases a wide range of wildlife from the Mississippi River Valley. Ducks, frogs, turtles, catfish, sturgeon and many other creatures are on display. There is also a corner displaying saltwater fish that inhabit the Gulf of Mexico at the mouth of the Mississippi River. It is a rich museum and aquarium with hands-on exhibition corners, 3D/4D theaters, and more.

1,380 acres of wooded plateau on the steep banks of the Mississippi River. Here in the Spanish Recreation Area stands the Julien Dubuque Monument overlooking the confluence of the Mississippi and Catfish rivers. It is also designated as a National Historic Landmark. The Horseshoe Bluff Interpretive Trail explores the region’s diverse natural environments and ecosystems.

Surrounded by plateaus and wetlands, the center is a prime spot for wildlife viewing. Also ideal for bird watching. You can observe wild birds and wildlife from the promenade and observation deck. Inside the center, you’ll find a real-life bee hive, a diorama model of the old town of Hurstville, a short film about lime kilns, shells, rocks, and endangered wild birds.

An eco-center with an approximately 30,000-liter tank containing fish that live in the Mississippi River. You can also explore the backwaters of the Mississippi by canoe or kayak (rentals available). There are also naturalist-guided river cruises. Meet the birds, mammals and other wildlife that live there. There are also exhibits about boating, fishing, hunting, water transport, and industry in the area.

Learn about American Western hero William F. Cody, aka ‘Buffalo Bill’, and the Native American culture and history of the area. Learn about 200 years of legendary heroes and celebrities from the region. Also, the wooden boat display traditionally used in this area is the only existing wooden stern wheel boat of this kind, and is a must-see.

Popular with all age groups, the museum has the following permanent exhibitions, exhibits for children ages 4-10, and educational films shown on giant screens.

The 265-acre nature reserve is surrounded by wetlands adjacent to the town of Davenport. Once devastated by pollution, this wetland is now a prime conservation area for the flora and fauna that inhabit it. A variety of different ecosystems can be seen up close by walking the trails on the property. Over 150 species of wild birds and over 400 species of plants inhabit this area.

Wildcat Den State Park is home to the Pine Creek mill site. Built in the 1800s, when water power supported industry in the area, the flour produced was transported down the Mississippi River. The mill was also an important hub for the prosperous and wealthy farmers of the time. Many people visit the old-fashioned building as a photo spot.

The museum was built on the site of Fort Crawford, a military fort that protected the frontiers of the western United States from 1816 to 1856. Extensive exhibition of the history of the area. Zachary Tyler, Jefferson Davis and the tragedy of the Blackhawk War are told. In addition, as a special exhibition corner, Dr. William Beaumont’s pioneering experiments in the advancement of medicine are exhibited.

A place to learn about the history of American agriculture and farm life. A history of the development of dairy farming in Wisconsin. Tractors, harvesters and threshing machines are also displayed in the building. Also on the grounds is the home of former farmer and later Wisconsin’s first governor, Nelson Dewey.

The Potosi Brewing Company owns two beer museums. The National Brewery Museum and the Potosi Brewing Company Transportation Museum, the former featuring exhibits on beer brewing and product advertising, and the latter the road, rail and river transport that Potosi Brewery uses to bring its products to market. I have an exhibition about There is also a microbrewery and a restaurant on the premises. 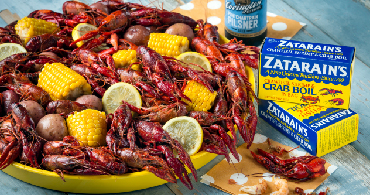 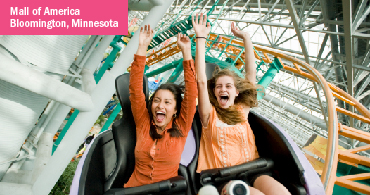